I will miss all or most of the in class activities since I am on the dark side of the planet, while it is still early evening for all of the students at Kean University. So I was unable to participate in either the Twitter chat about Zeynep Tufekci's Ted Talk or the vistual chat with Chris Gilliard.

But I am also in the dark about many of the technologies used to surveil us (I've just made surveillance into a verb-sorry!) and the idea of Facebook Dark posts shook me a lot. That as early as 2010 Facebook knew it could influence election behaviour, that in 2012 they confirmed this and in 2016 they helped rig an election. I cried when Hilary Clinton lost the election. The wound was deep. Not because I loathe the current administration (as a Canadian we are used to just dealing with whomever the Americans elect- good or bad- but yeah you guys seriously goofed this time) but because a highly qualified woman was incapable of winning the Presidency. It stripped everything bare. It was personal. The times when I had been refused a job because I was a woman. The times when sexual innuendo was just "we're just joking around." The time when the CEO said, "Why do we need employment equity?" And I said, "Until you stop looking at the skirt and just see the ability."  The times when I have had my ideas denigrated and then when a man utters them to hear the rest of the team say, "What a good idea. We should do that." The times when I have had to deal with conflict because I am a strong woman and I said no. The fact that Americans in general do not understand their own history and the electoral college is a holdover from slavery!!! Wake up! Electing a man who felt that he had the right to violate a woman's body because he wanted to and denied people housing because of the colour of their skin was a wake up call. "Things were getting better," I had fooled myself into believing and ran straight into a NO IT ISN'T wall. So Facebook being used as a platform for active voting suppression and Russian interference is not only something we should all be concerned about but it was deeply personal as well.

So let's talk about Facebook Dark posts. One website I saw said it was a hidden gem. I get why. For someone like me, who runs small non profit museums, Facebook Dark is a gift because it is cheap, it is targeted and it is measurable. Everything you want to show your museum board. And yes, you say, since 2017 Twitter and Facebook have labelled their dark post ads as sponsored as a bid to boost transparency. Huh. Did it actually happen? For Twitter, in very small print, hidden away I found this. So it's there.

So I am on my Facebook page in 2019. According to this article https://oursocialtimes.com/facebook-scraps-dark-posts/ I should be able to look for ads on my page as I am Canadian and it was being tested in late 2017/early 2018. I have looked for View Ads. Nope, not there. I can see recent ad activity, where I have clicked on ads, but not what I am supposed to see. Anyone else have any luck with the View Ads button? I thought so. I can find a button on how to make a Facebook ad, but not how to view them. Facebook FAIL!

I have watched a lot of my American friends become more polarized over the years on Facebook. Their posts have become angrier, people have stopped listening to each other and what they post is often a repost from someone else with an "I'm right." attitude. There is a lack of understanding that opinion is not fact, but people treat it like fact. People don't read anymore, they just look at the memes. Such is the world we live in, in a post truth era.

In a bid to talk to my social circle here in Latvia about surveillance capitalism and why it matters I got the same message from one of the ladies in the group that Chris Gilliard was talking about. "My truth is different than your truth." "I have nothing to hide." "You can't fight it, it's inevitable." @hypervisible where was your eloquence when I needed it? 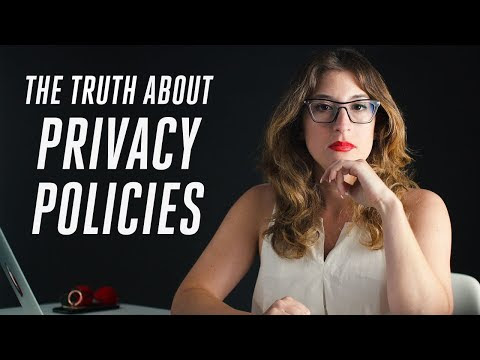 Digital Surveillance in age of FAGMA- Part 3: Devices and your Privacy